NEWS: The Abraham Festival and Reframe

The annual Reframe Film Festival is one of the cultural highlights in Peterborough and the Abraham Festival is honoured to have been a sponsor over the last three years.

This year we not only sponsored a film – Things Arab Men Say – we also hosted a post-film panel and discussion, with one of the Abraham Festival founding members, Elizabeth Rahman, as one of the panelists, and Shegufa Merchant of the AF committee was the facilitator.

Again, this film fit nicely into our mandate to educate ourselves and our community. Things Arab Men Say paints a picture of Arab men that is vastly different from what we’re accustomed to.

The film was followed by a discussion about the issues raised in the film, and included a Skype interview with director Nisreen Baker. The room was packed and the conversation was lively and sometimes pointed, but that’s how understanding is advanced! We hope to continue our relationship with Reframe and many other progressive groups and non-profits to build a more cohesive and happy Peterborough.

The Abraham Festival was one of several groups nominated for a Spotlight 150 award by the National Council of Canadian Muslims. We did not win, but it was an honour to be standing with such dedicated people at the dinner in Toronto on May 6, 2017 (four of our AF committee members attended).

Congratulations to all the incredible groups who were nominated for Spotlight 150 – the full awesome list is on our website at www.nccm.ca/votenow 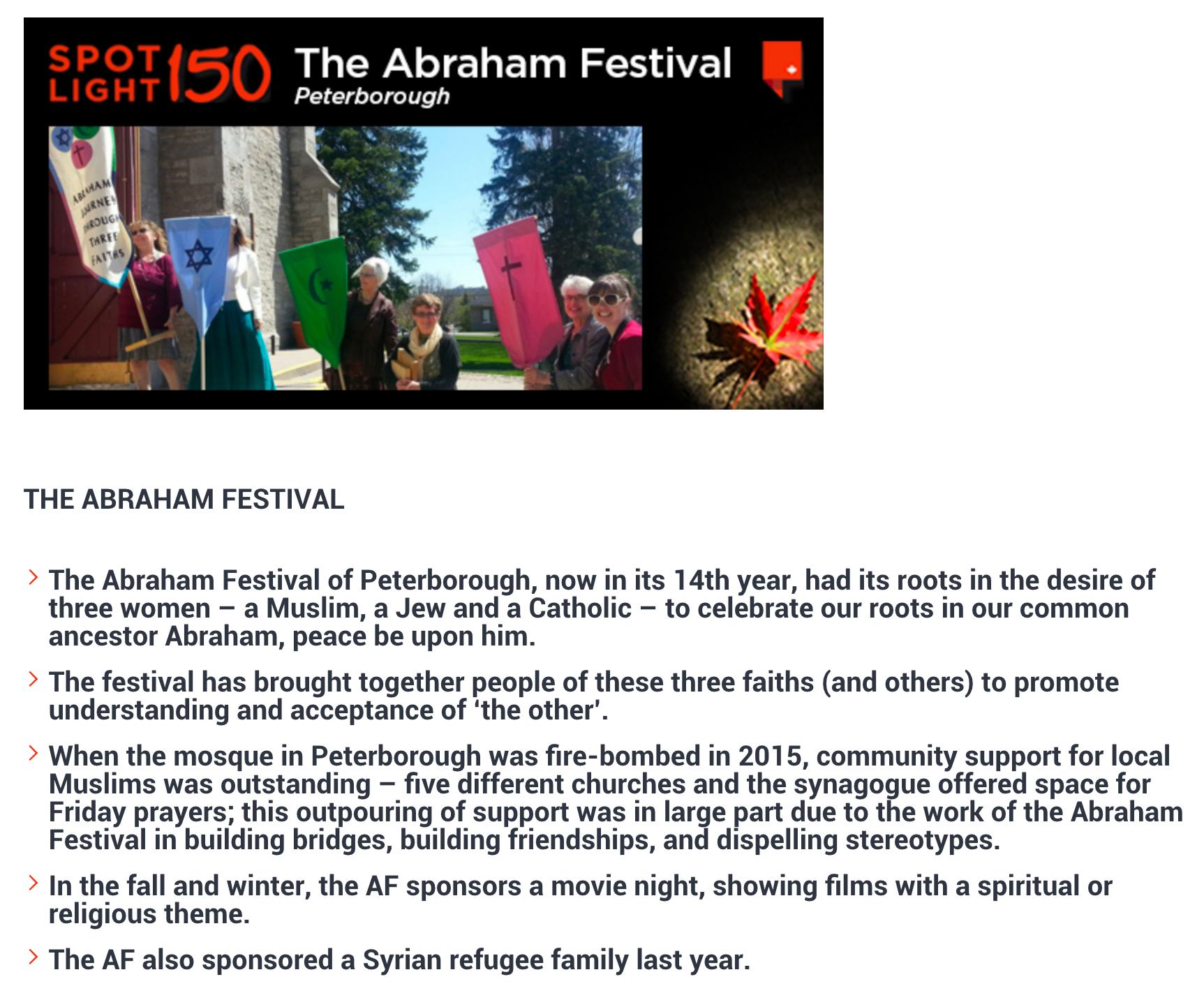 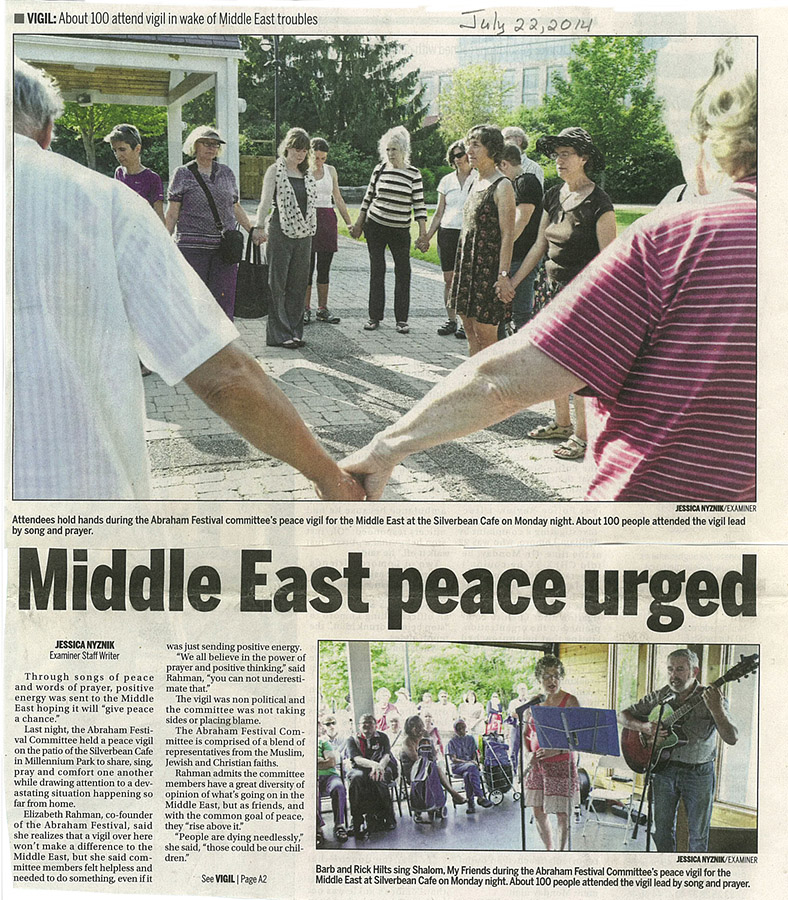